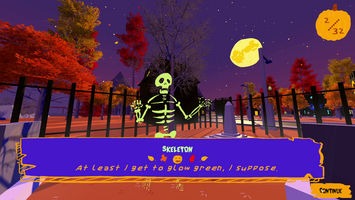 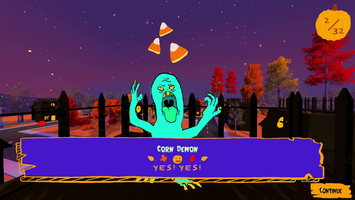 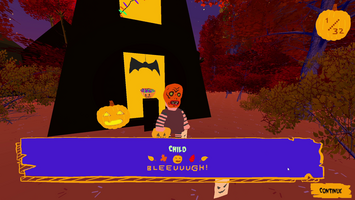 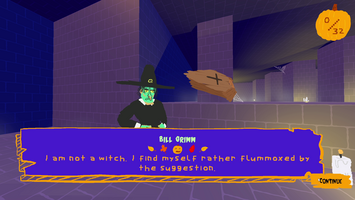 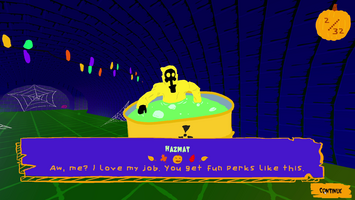 Holy God, what a surreal experience - a finished game!

Villain Vegan was created as a stab at making a fun, slow game jam to get in the habit of making games more regularly. Folks may not be aware, but Midnight Ultra was only made in about two months. Villain Vegan - only a few weeks. I'd love to make more games this small going forward - part of my frustration as a game developer is that I don't want to make minigames for game jams, but I also don't want to pour a year or 6+ months into making a game every single time I get an idea. I want to pivot and move faster, make art that responds to how I feel and think NOW - so this is my attempt.

I also adore Halloween, and I wanted to make something that replicates the spirit (heh) of it, without necessarily being like Costume Quest where I'm making people Trick or Treat. Something that makes a player meet a wide variety of characters and just soak in that autumn night goodness.

Our biggest inspiration was Sludge Life, Mundo Lixo, and Frog Detective. We were also heavily inspired by the art of one of our friends, Ragon! Characters and art were all drawn in Procreate, except for a few minor instances where I climbed into Blender. I tried very hard to avoid being a perfectionist and revisiting any of my work.

This project was also a good starting point to break heavily into using both Yarnspinner and Realtime CSG, which I'd observed Terry Vellman using for Sludge Life. My frustration with using Probuilder for both Midnight Ultra and Keepsake County have come to a head, and after this jam, I'm not going back.

Work process was first testing out the jump mechanic and fine tuning that. Following that, building the town using Realtime CSG. Then, assembling a believable skybox and particle effects for world, before moving into simple texturing and sprites, and adding proper effects to the Pumpkin Bomb. 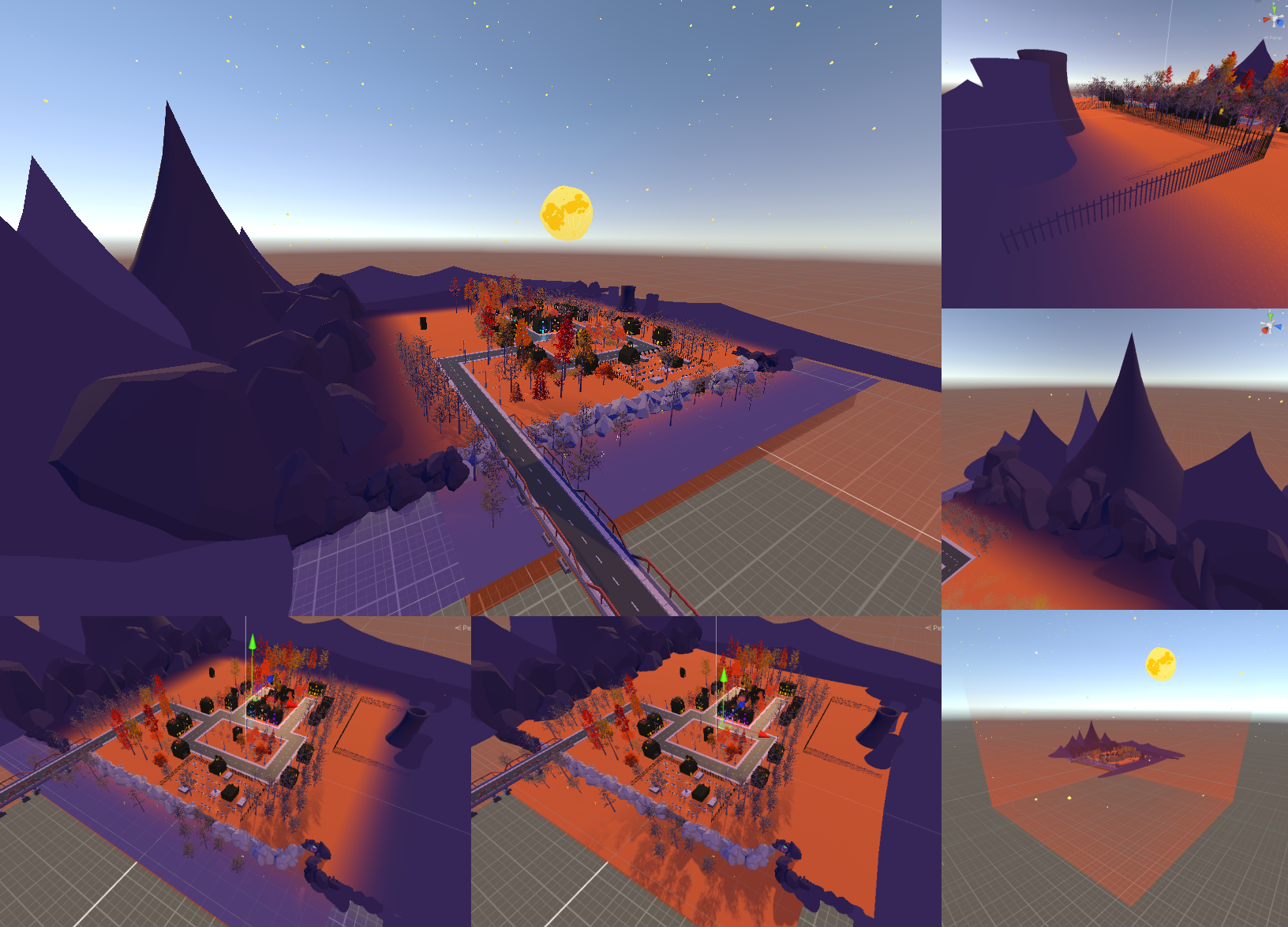 The skybox was made using simple cards - I found I couldn't use the fog settings I wanted in Unity 2021, so I improvised and just went for something simple instead for the map bounds. The actual skybox is just a flat purple on the camera, with any distance fog or light being made using the cards. 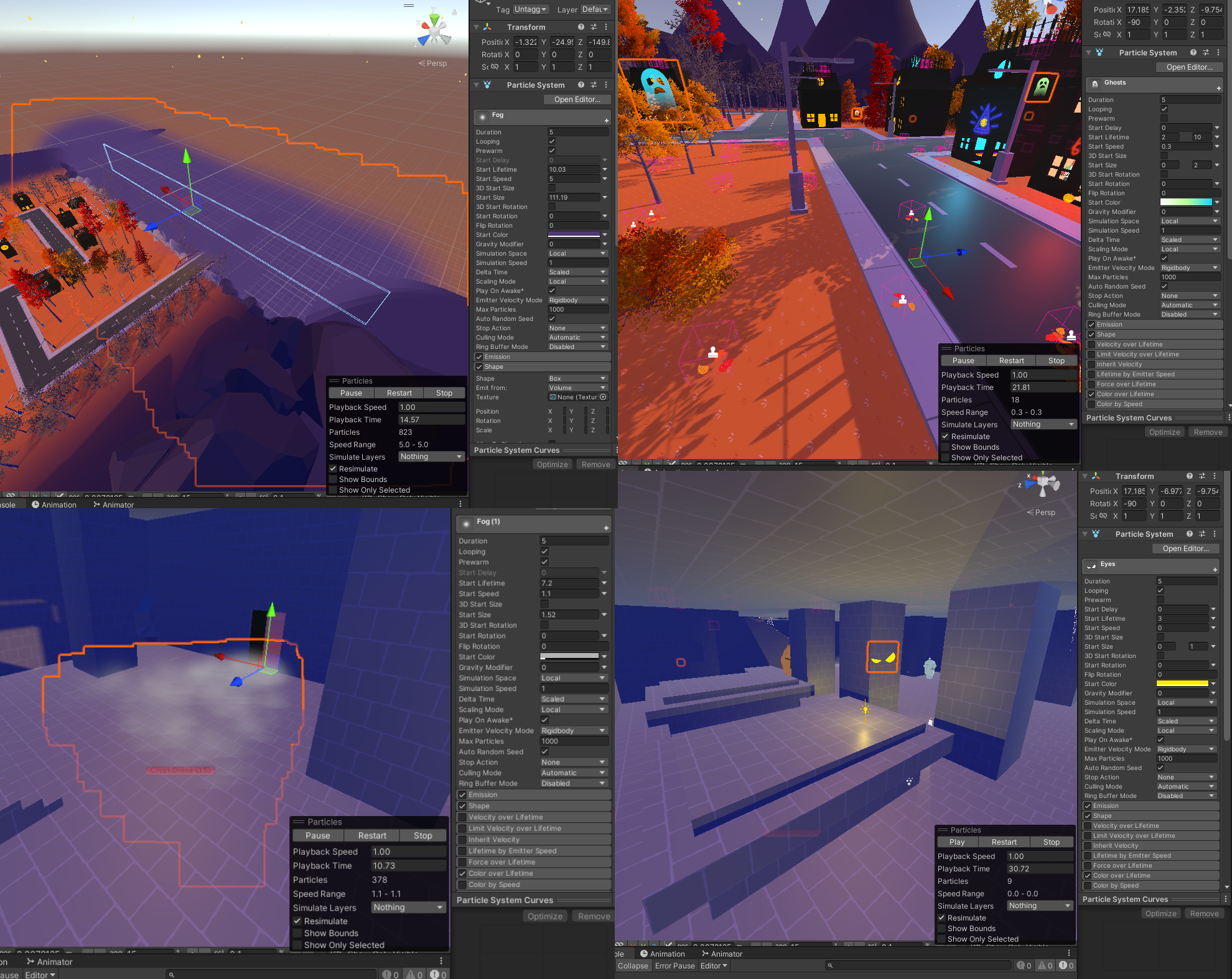 I similarly was able to get a fair amount of distance out of simple particle effects for things like volumetric fogs, ghosts, and the eyes you occasionally see in the crypt and sewer (an old trick taken from Team Fortress 2). 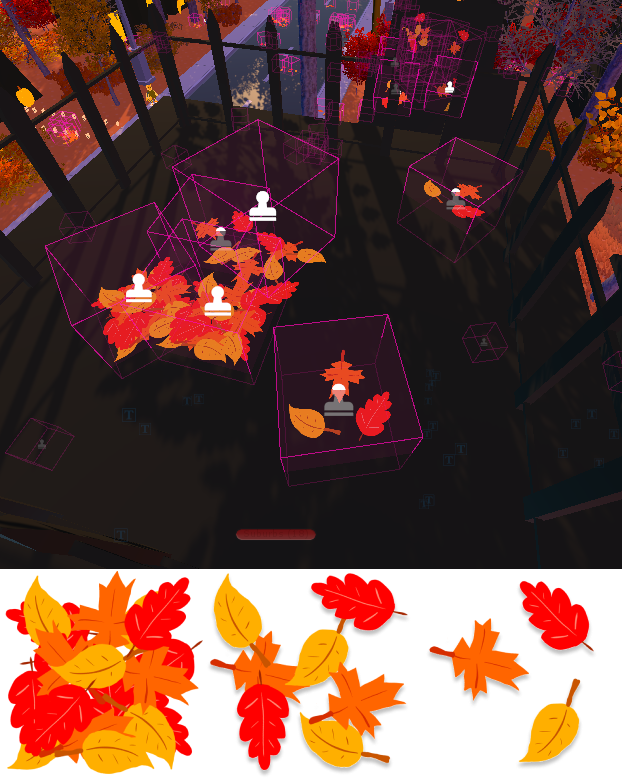 For world details, I would draw simple 512 x 512 textures in Procreate and then used EasyDecal to slap them around the map - which did impact performance a bit, but not too severely.

I quickly used some concept art for the main character of Keepsake County as the basis for the first character, adding the code for proper delivery to each so that I could rapidly copy his preset and make new characters from it.

Once the world was established, I then began working off a spreadsheet of all the characters, their location, and their orders. I'd spend a night tackling a group of them at a time, and then as I added them to the game I'd write them 6 pieces of dialogue each. 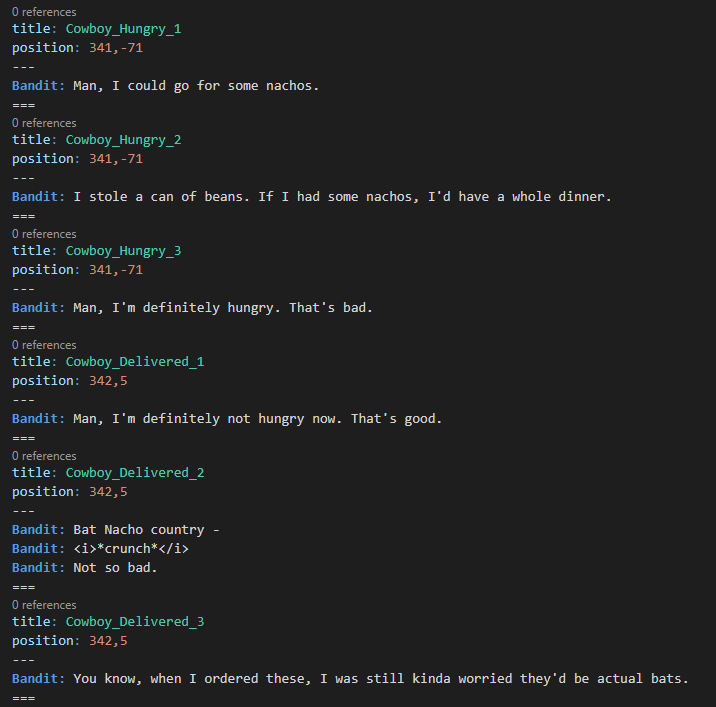 As I got to adding characters, I started drawing the deliverables as well so that I wasn't sticking with shitty programmer art.

Following that, I was tabling with my partner for a day and thus, I had plenty of time to wrap up drawing my characters and take the time to draw props and easter-eggs that I could then toss into the game that night.

Nearing completion, I turned my eye to cleaning up the UI, pruning the amount of characters to add (there were about 10 I simply wasn't enthusiastic enough to draw), placing characters, playtesting the complete loop, and creating the main menu and ending scenes.

The final bit, after finishing everything else, was dedicating about a day to doing a soundpass for most of the game. I used creative commons 0 license sounds of freesound (truly, a treasure) and scored some minimal sections myself using my trusty guitar, synth, and pocket operator KO. The soundtrack was hammered out this morning, listening to Goblin, Satan's Pilgrims, and Marshmallow Ghosts. 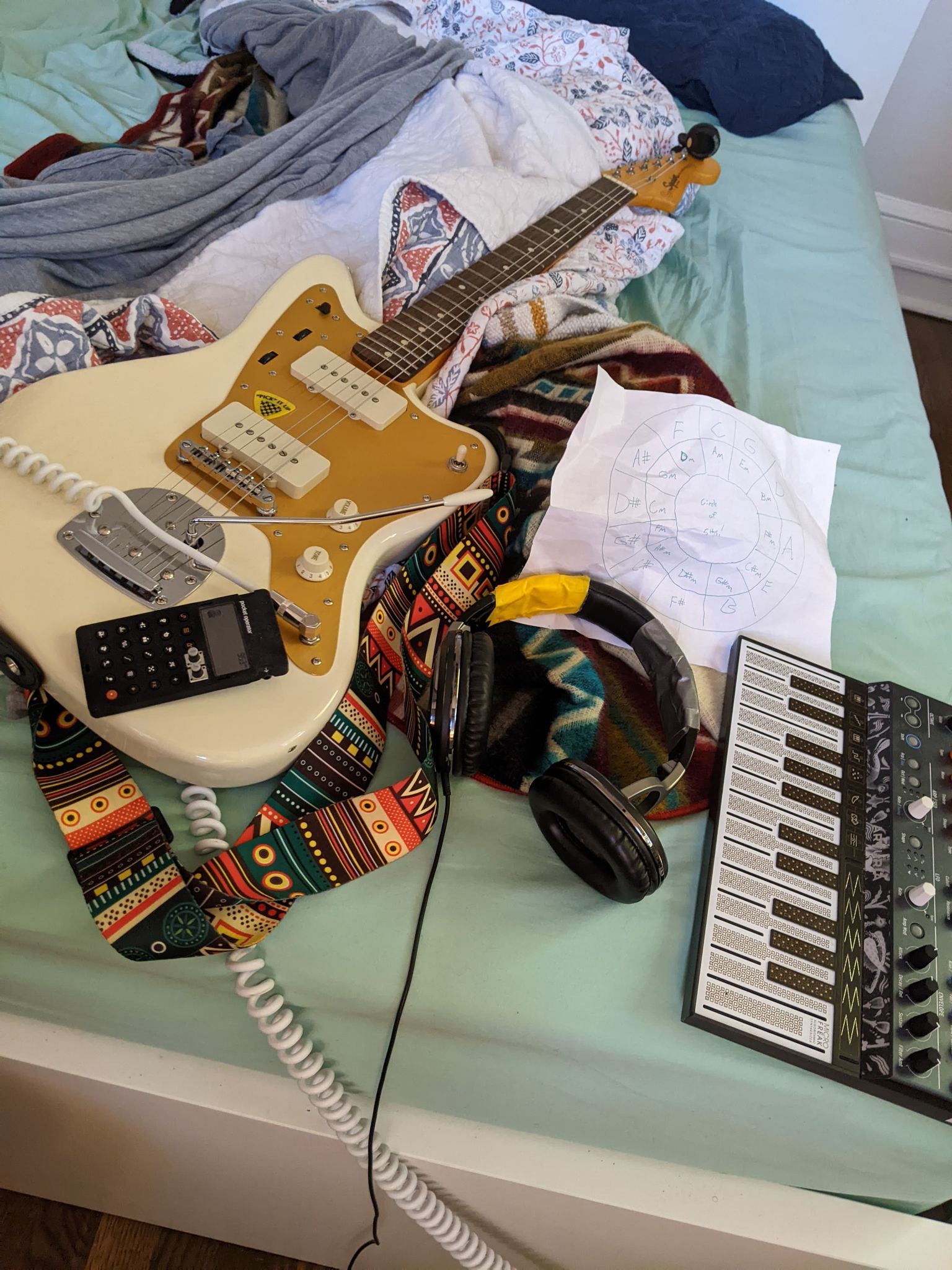 After finishing, I had to dedicate another two or three hours to taking screenshots, recording some video, and making gifs for sharing around. And now we're here!

Meet a cast of weirdoes as you deliver them spooky food and rocketjump through a cute, fall-themed town.​