The Chosin Few is a local splitscreen competitive FPS, that revolves around a team of invisible swordsmen hunting a team of gunmen in a game of sudden death.

The Chosin Few is inspired by the Battle of Chosin Reservoir, which occurred during the Korean War in the midst of winter, where UN forces were surrounded in a frozen forest.

Teams are divided by faction:

Swordsmen, called Chosin, are invisible and can move quickly across the map while taking 2 hits before they die.

Gunmen are killed instantly, but have infinite ammo and flashlights that will reveal a Chosin if pointed at them.

Players must screenlook and use their eyes, ears, wits, and teamwork in order to reach victory over their foes.

The Chosin Few revolves around two factions: The Chosin and The Gunmen. Chosin are agile, hardy, and invisible. They utilize a sword to get one-hit kills. The Gunmen are slow and weak, but are armed with semi-automatic pistols that kill the Chosin in two shots. They also have flashlights, which will reveal the Chosin when shined on them, but have limited range.

Teams must work together to eliminate the other team, while utilizing screenlooking and their ears to figure out where the other players are in relation to themselves. Players can blindfold themselves with the "X" button, which prevents other players from looking at their screen, but also blinds themselves. You can still be killed while blindfolded, so be careful! It has a 5 second cooldown to put on and take off.


For further customization and to encourage passing controllers around, we've also made control customization easy. Pressing the "Y" button will toggle the look inversion on and off. Pressing "Up" on the "D-Pad" will increase look sensitivity, while pressing "Down" will lower it. These settings reset each life (we know, we're working on it), but we believe make it easier to quickly play the game without halting everyone else's enjoyment

The Chosin are speedy hunters that are downright terrifying when played properly. Here are some tips:

The Gunmen seem to be at a disadvantage, but coordination and discipline can ensure easy victory. Here are some tips:

The Chosin Few was a game that I designed and programmed during my final year at SCAD (2015-2016) as an exercise in creating a more-or-less fully formed multiplayer, couch-game FPS. I considered creating a company and putting the game through the Steam Greenlight process, but then we all graduated.

I was also highly discouraged to complete it upon finding out about the creation of Chambara, which was created in a similar environment (USC, not SCAD), style, design, and premise to ours, but basically beat us to the punch. Not wanting to appear as though I'm stealing their idea despite not hearing about it until I was starting final artpass, I stopped working on it.

The game never quite reached the point of completeness that I wished it would, I rushed to finish modeling and programming it before graduation (development already suffering because I was leading, coding, promoting, and running DAEMON at the same time as making this) and at this point I've put it on hold to pursue other projects and not have to also worry about the legality of completing development without the majority of the team, etc etc. At the moment, the game is severely unoptimized, and can only use Xbox 360 controllers. Play at your own risk, though do let me know if you enjoy it.

Download the .zip file, extract the files, and get to playing! Some notes:

Thank you for playing and sharing <3 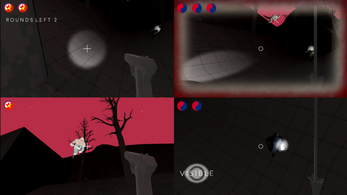 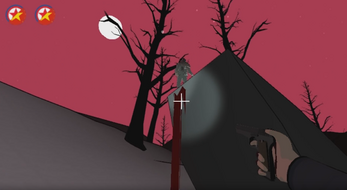 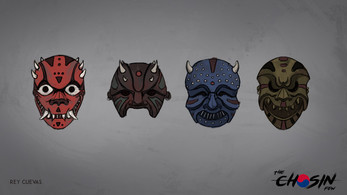 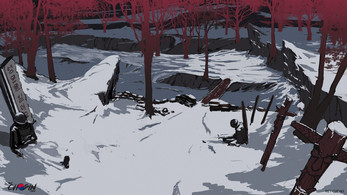 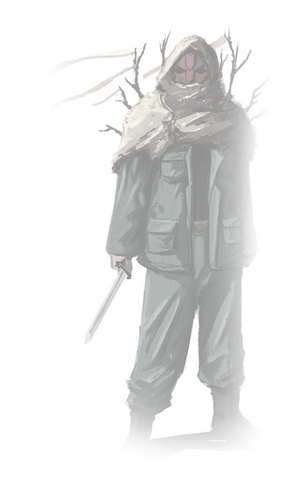 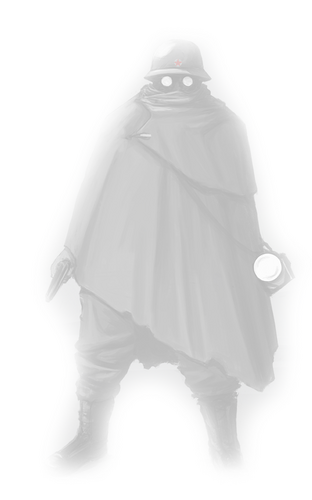 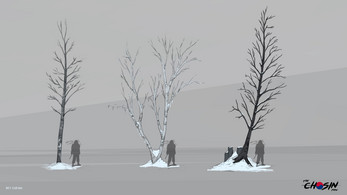 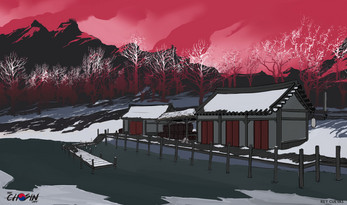